Snow is a moveable terrain exclusive to the Arctic region in mope.io. Players can interact with the snow by pushing it into other snowballs. When this happens, they will merge into a bigger snowball. If the new snowball is large enough, it will "explode" into blackberries and/or arctic nuts. You can also explode them by spitting water at them.

The Reindeer and the Arctic Hare could  use their old abilities on snow, which both allow the snow size to increase where enough can make it explode, The Mammoth and Yeti can shoot snowballs, which freeze whoever they hit. The bigger the snowball, the longer the freeze. 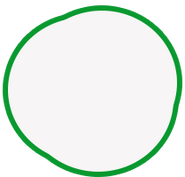 The Full look of a snowball 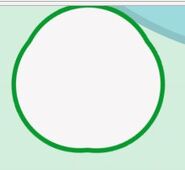 Big Snowball
Add a photo to this gallery

Retrieved from "https://mopeio.fandom.com/wiki/Snowball?oldid=77428"
Community content is available under CC-BY-SA unless otherwise noted.