UPGRADED to Penguin!!!
Left-click to run!
(HOLD W to slide FAST on ice)!

The Penguin is the third Arctic animal in Mope.io, and the equivalent to the Mole, Chicken, Meerkat and Crab.

The Penguin's body is colored one-half in black, and the other half in white. It has flippers which are colored black, which appear on the side of the penguin. It also has an orange beak. When it slides on ice, it opens its mouth and has a smiling expression.

Level up by eating Lemmings, eggs at a duck pond and water mushrooms into berries. You can also roll two snowballs into each other to produce a couple of raspberries. Eating a Lemming or Golden egg is the fastest way of gaining XP.

You can use the penguin's slide ability to escape predators who are chasing you. However, the ability doesn't allow for easy steering; be wary of predators that have stability whilst moving on ice, and also that you aren't the only animal that can slide on ice, so a Seal or Walrus can catch up to you if you're trying to use the ice to escape. The best way to run is to just flee through a lake. Ducks can also distract the chaser.

You can also use your slide ability to chase down prey who enter nearby ice, though don't guarantee it'll always be a successful hunt, since ice is slippery, and when you bite the prey it gets flung far away, and you will need to waste time catching up with it. Also, the animal you are chasing may eat food while running, and it can level up before you catch it. The best way to catch prey is in water or lakes, as you can easily catch up with them. 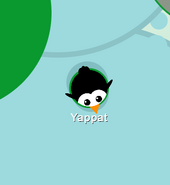 A Penguin sliding on ice.

Another Penguin sliding gleefully on ice.

A Penguin swimming in a Lake. 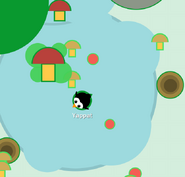 A Penguin on ice. 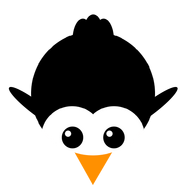 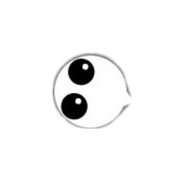 Penguin with animal skins turned off.

A Penguin in the Desert.

A Penguin near an erupting Arctic Volcano! Better watch out!
Add a photo to this gallery

Retrieved from "https://mopeio.fandom.com/wiki/Penguin?oldid=78043"
Community content is available under CC-BY-SA unless otherwise noted.