The Minimap, or simply referred to as the Map is a helpful and useful navigation tool in Mope.io, that was added on October 15, 2016. It appears at the top right-hand corner of your screen, can help players to see their location, helps to plan escape routes while being chased by predators, and shows all active Natural Disasters and Soccer Pumpkins.

Several features are noted on the minimap: 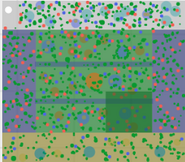 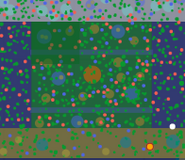 A Soccer Pumpkin on the minimap.

A tsunami on the minimap. 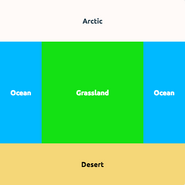 A snowstorm on minimap.
Add a photo to this gallery

Retrieved from "https://mopeio.fandom.com/wiki/Minimap?oldid=81389"
Community content is available under CC-BY-SA unless otherwise noted.