UPGRADED to Lioness!
Lioness are fast and can launch an ambush attack. (Stop moving to camouflage)!

The Lion is the eleventh animal in Mope.io, and the land equivalent of the Crocodile, Falcon, Octopus, Vulture, and Polar Bear.

The Lion is colored as deep yellow with a brown mane. As it eats, it will slowly bloat to become much larger than any of its predecessors, yet is still dwarfed by most of the later animals. The white Lion and Black Lion look the same, except their body is completely white/black. The Black-Maned Lion looks like a regular Lion, except it has a black mane, like the name implies and it also has a darker body.

The Lioness is colored light yellow. As it eats, it will slowly bloat to become much larger than any of its predecessors, yet is still dwarfed by most of the later animals. The White and Black Lionesses look the same, except their body is completely white/black.

The Lion Cub is light yellow, they are smaller than the normal lions and they have lower health than most animals. The White and Black Lion Cubs look the same, except their body is completely white/black.

Eat coconuts to gain XP easily. You can surprise-attack prey from a hiding hole and then roar. This is useful for boosting animals, so they can't boost away. Your roar will stun them so you can eat them easily. Also use your ability to drive away gorillas, because they can climb trees and therefore can steal your coconuts and bananas. When running away from predators, roar and then run as fast as you can and hide in a hiding hole. But don't get too far before using your ability because then it will be useless. If they come back, you can jump out, tail-bite them, roar to stun them, and then you better be fast on your feet if you don't want to end up as breakfast.

Double-tap the 'W' key for your ability to end it faster, or else the Lion opens its mouth for a while to roar (the distance isn't affected if you do so). Double tap to still stun the predator/prey and end your stillness faster! This doesn't work for white and black variants, wait for at least half a second before tapping it again for them; otherwise the ability doesn't work.

The Lion and Lioness can both try farming Honey Bees. Note that if you roar, Honey Bees will stop chasing whoever they were previously chasing and come after you instead. If another animal has already drawn out a lot of bees, this is a sneaky and easy way to make them your prey instead. As Lion Cub, it's recommended not to farm Honey Bees. This is only because the bee stings will affect your health a lot more. Bees that tail-bite a Lion Cub can also eat it in two bites, so if you want to farm them anyway, be careful.

If you're a Lioness/Lion Cub, hunting prey is a very reliable strategy. As both have superior speed (Lioness has nearly the same speed capacity as an Ostrich!), chasing after prey becomes quite easy. Your ability can also help catch prey, making sure to double tap and quickly bite them a lot while the prey is stunned.

If a Wolverine challenges you to a roaring contest, decline it and run away, as you will always lose due to their immunity to roars and their much larger roar radius. However, if it is low on health, tailbite it until it dies. Never use your roar during the contest at all, and avoid the wolverine's roar.

The Lion gained different variants in the May 24, 2019 update to Mope.io. There are three main animals for Lion: the Lion, Lioness, and Lion Cub. Each one has a white and black rare counterpart. The Lion exclusively has a black-maned variant. 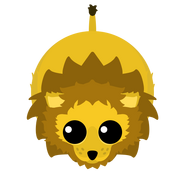 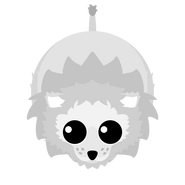 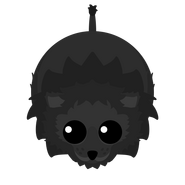 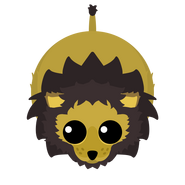 Black-Maned Lion
Add a photo to this gallery

The Lioness has a 3/25 rarity. Standing still or moving slowly will allow it to camouflage. It also has white/black variant (white: 1/24, black: 1/120). Roar distance for the lioness is 25% smaller, but 10% faster everywhere than the lion. The Lioness has lower health than Lions. 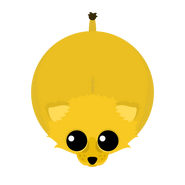 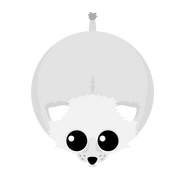 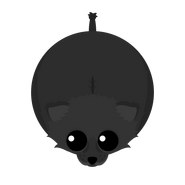 Black Lioness
Add a photo to this gallery

The Lion Cub has a 3/50 rarity. It is the smallest of all lions, giving it a bad FoV. The rarities for the white/black species are as follows; white: 1/12, black: 1/60. Lion cubs have the smallest roar and the quickest cooldown. They are 10% quicker on land, have less health than the Lioness, and walk normal speed in mud but slow after getting out of the mud for a period of time. They inflict 40% damage to prey, are super slow in water, can hide in small hiding holes but can be eaten in two bites (including by tail-bites. 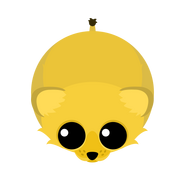 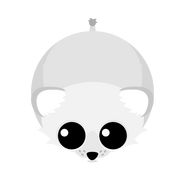 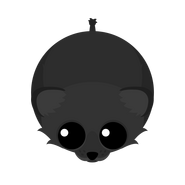 Black Lion Cub
Add a photo to this gallery 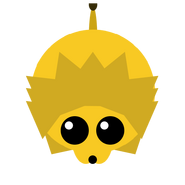 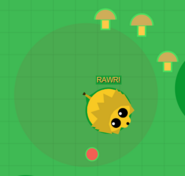 The normal-sized roar of the Lion (old). 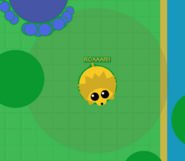 The largest radius of the roar (old).

A rare occurrence of the roar giving it a very short range (now exclusive to the Lion Cub). 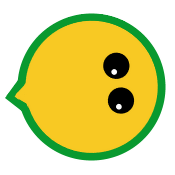 Lion with animal images turned off.

A Black-Maned Lion being attacked by Honey Bees.

A huge Black-Maned Lion, about to upgrade.

A rare Black Lioness on a rock.

The scrapped re-skin of the Black-Maned Lion.

A rare white lion wandering around, near the ocean.

A rare white lioness in a water spot.

A rare White Lion on a hill beside some meat.

A Tiger and a rare black lion cub.

An Eagle and a rare black lion cub.

A rare black lioness in the desert.

A black lion cub in the rainforest

A huge Black Lion about to level up into a Tier 12.
Add a photo to this gallery

Retrieved from "https://mopeio.fandom.com/wiki/Lion?oldid=80328"
Community content is available under CC-BY-SA unless otherwise noted.