UPGRADED to JELLYFISH!
A slowly-turning animal that can grow quite large!

The Jellyfish is the sixth Ocean animal in Mope.io, and is the equivalent of the Fox, Hedgehog, Peacock, Arctic Fox and Fennec Fox.

The Jellyfish is light pink, with large, beady black eyes and six pink tentacles. It has nine magenta dots, too, giving it a unique appearance when compared to the plainer Kraken.

The Jellyfish can grow enormous (compared to its starting size) and is able to sting animals (both predator and prey) when they try to attack from behind. Once an animal comes in contact with this animal's dangerous tentacles, they will be momentarily stung, both immobilizing them and giving extra XP to the Jellyfish.

As a Jellyfish, it's best not to chase people because of its slow turn speed. Also, avoid small crevices because of its rapid growth. There is one exception though, that is slow land animals in the ocean. They make an easy meal.

Avoid Turtles and Stingrays, since you have a short diving time. When being chased, quickly stuff some Kelp into your animal's mouth and upgrade within seconds! Since kelp gives a lot of XP, you should just eat kelp and you will level up quickly (only 4-5 is needed to level up). Also, if you get to a Turtle, the strategy is the same. You can also go to one of the rivers and farm red mushrooms. They are just as good as normal kelp, but probably aren't worth the extra effort searching for.

In the rare scenario that any form of prey bites your tail, it will be stung by your tentacles! A slither of health will be taken, as well as stunning being caused. Use the opportunity to damage and eat the tail-biter. It is very hard to bite a Jellyfish's tail, but at least it has a defense! 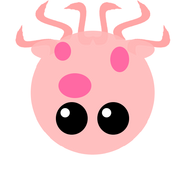 A Jellyfish without animal images. 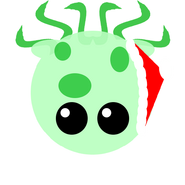 A huge Jellyfish (maximum size), about to upgrade.

A huge jellyfish about to evolve into a Rare Blue Macaw!

A Jellyfish in a river near a carcass.

A Jellyfish in a Oasis.
Add a photo to this gallery

Retrieved from "https://mopeio.fandom.com/wiki/Jellyfish?oldid=77979"
Community content is available under CC-BY-SA unless otherwise noted.