Not to be confused with carcasses, a feature that appears whenever animals die from any cause.

The Fossil was confirmed feature from Pike via DeviantArt.[1] It was used be the ocean equivalent of meat, but nothing is really known about it.

The fossil is a structure of white bones. It has 4 bones on each side, all rooted to a single bone stemming from the head of the fossil, which is like a semi-circle. The first two bones on the side are the same size, while the next two both are decreased in length. It resembles the structure of a fish, excluding the tail. 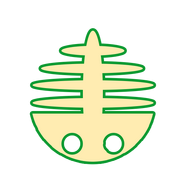 Proof of the Fossil
Youtube.deviantart.com/art/Cute-2-Rude-671454101
Add a photo to this gallery

Retrieved from "https://mopeio.fandom.com/wiki/Fossils?oldid=79607"
Community content is available under CC-BY-SA unless otherwise noted.