UPGRADED to Boa Constrictor!
Coil and suffocate other animals!

The Boa Constrictor is the 13th Land animal, and the equivalent of the Hippo, Ostrich, Killer Whale, Sabertooth Tiger and Komodo Dragon.

The Boa Constrictor appears as a light-brownish coiled-up snake a forked tongue sticking out of its mouth, small nostrils, and has a threatening glare due to ovals by its eyes. It also has a straight line going above and between its eyes. Its tail is extra-long, so beware of biters. A small easter-egg shows that the details on the constrictor's body are actually River Currents.

Its graphics change when constricting. It will spring forward and "coil" itself around the victim. This will give the appearance that it has an even longer body.

A great way to level up as Boa Constrictor is to stay by the Seashore hidden in a hole or bush and wait for a Shark or Octopus to come, then snatch it onto Land and suffocate it or dehydrate it! Sounds harsh, but it's good to know. If you are using this strategy, please note that the Boa Constrictor is extremely slow at swimming, so avoid straying too far in.

The Boa is the ultimate Eagle killer as of the May 13th update, although Eagles can use their attack as a form to escape, their speed is greatly nerfed in water, and even more so in mud, this may give you a slim chance to attack the Eagle and kill it with your constriction. This also means you can Constrict an eagle into mud, and proceed to kill it with ease. When hunting an Eagle, try anticipate where it's going to land, and press W right as it touches the ground. You should especially try chasing it into the mud if you can. The ocean isn't ideal for eating Eagles, since your speed is the same as theirs.

You can also hunt for Crocodiles and Rhinos. They can be a little more of a challenge, due to both having superior speed in water and the Rhino's charge ability. However, this is somewhat evened out by the Boa's hill-climbing. Once again, chase your prey until you get close enough, then bite into it and suffocate your prey. This should kill it slowly, but sometimes your prey may live, but very weak. You should be able to kill it in one bite after. Chasing Rhinos and Crocodiles into the mud won't work well either, as they can dive in it even longer than the Boa can.

Watch out for Giant Spiders, as they can easily trap you in their web, and quickly eat you. Be on the lookout for webs, as it is a sign that a Giant Spider is near you. Do not attempt to tail bite it, as it can shoot a spider web at you, or quickly turn around and attack you. If a Spider is chasing you, get to the nearest mud spot and get away, as spiders are slow in mud. Check around for predators, and if you see a healthy one, run away. If extremely close to dying, you could risk trying to kill it. Just beware the possible crowd that could kill you in the process.

You can kill predators with your ability but the ability deactivates if you are damaged so only attempt if predators have EXTREMELY low health. Non-climbers such as Elephants can be easy to troll when they are at low health. Since their inability to climb over things makes them unable to free themselves by biting you if you are on a hill. This strategy is however ineffective against animals that can pass over them such as Dragons.

However, when on Trees, you can suffocate any animal. If a Dragon, Black Dragon or any animal that's constantly flying passes over your tree, constrict it! Ground-level animals such as the Elephant can be a bit more of a challenge. You are sill able to constrict them, but you must press W when right at the edge of a tree. So the ability will have no effect if an animal is under a tree, or if you're in the middle. Also, when teetering on the edge, be careful not to fall off! Note: This strategy will not work in Beta on flying animals such as the Dragon or Black Dragon, per the June 27 update. Now animals that have passive flying abilities are able to damage tree-climbers.

Since Animals fade in Bushes, find a perfect bush to hide in, or stalk, however, bushes in Lakes are one of the best places to hide since you can dive. Nobody will see you, if you see prey, wait for it to come near the bush and SUFFOCATE IT! but if you fail, try doing it in Land or do it in a hiding hole near ithe volcano, or just do it in any random hole. If you picked to hunt near lava, try finding prey (some prey cannot come here, but Black Dragons or Dragons can).

When being attacked by a non-hill climbing predator on low health (Preferably around 1/4 or less) go to a hill and constrict them. Since they can't attack you since you are on a hill. Your best bets are elephants, Cassowaries, Kraken (If in ocean), or T-Rexes. T-Rexes might be a little risky since they can bite you if you are too close and drag you out of the safety of the hill and proceed to kill you. Elephants might be hard since they can knock you away with their trunk, But they aren't a threat on a hill.

If you're feeling particularly annoying, try to kill Lemmings, Mice and lower tiers with your ability. Surprisingly, it works on all animals (except for your tier 13 equivalents). 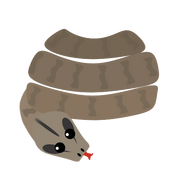 Ability part (some parts of the body and the head) 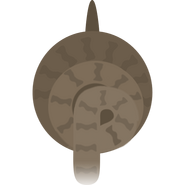 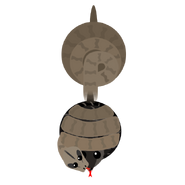 A Boa Constrictor attacking a Cobra. 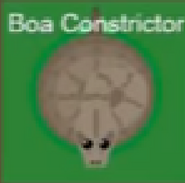 The original Boa Constrictor teaser, as seen in KoA video. 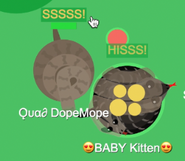 Another Boa Constrictor attacking a Cobra. 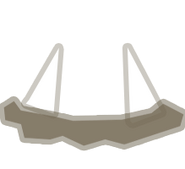 A Tree Boa in the Mud. 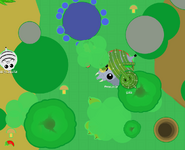 A Tree Boa constricting an Elephant from a tree.

A Boa Constictor, Tree Boa and Hippo on the shore.

A Tree Boa constricting a Rattlesnake.
Add a photo to this gallery

Retrieved from "https://mopeio.fandom.com/wiki/Boa_Constrictor?oldid=78053"
Community content is available under CC-BY-SA unless otherwise noted.