UPGRADED to BEAR!
Bears climb through green hills! (Press W to use your claw!)

Not to be confused with Polar Bears, Gobi Bears as they are similar animals, because they're all bears but spawn in different biomes.

The Bear is the tenth Land animal in Mope.io. It's the equivalent of the Tiger, Swordfish, Pelican, Wolf, Gobi Bear and Hyena.

The Bear has a light brown body and a black nose. It dwarfs its prey and even some of its predators - at its largest, a Bear can even surpass the size of a Crocodile, which is its predator. Its has large, round eyes and its fur is a little shaggy at some areas, also on its ears.

The fast at meet his of upgrading is to farm Honey Bees at a Beehive. The Bear has a passive ability which prevents bee stings from hurting or slowing movement. Try to kill as many Bees as you can before levelling up to the next tier. It should take about 3 or 4 bees to level up quickly. If there are no hives around, you could try eating red mushrooms,

Use your advantage if climbing hills and trees to more easily escape predators, and pursue prey. Since most of the animals below you cannot climb hills. Once cornered, you can slash and eat your meal. Beware Falcons and Eagles. They are main predators for you that can climb hills (Falcons can’t climb trees, but can land on top of them via their special ability) and whose abilities can cause minor damage that could effectively let them eat you. If you see a Falcon sky-diving at you, try to dive in a nearby water-spot, or go into a hiding hole. The same applies if an Eagle is about to grab you.

Crocodile are also a hazard. Their drag ability can greatly damage you. Since Crocodiles are fast in mud and water, don't go to those places if one is chasing you. Try aggravate as many Bees as you can. If you get enough bees out, they can act as a shield - if the Crocodile tries to approach you, it will inavertedly touch the Honey Bees, and they'll then sting the Crocodile instead.

When catching smaller animals, make sure that you use your claw ability when close enough so you can stun them. Although the claw slash knocks animals back, they are stunned for enough time so that you can get at least one bite out of them.

When escaping, If you are stuck in a tree/hill when a predator is trying to eat you, quickly slash them and run away. This will knock them back and stun them so you have a greater chance to escape. However, this doesn't go the same with Elephants, as they can knock you out of trees with their ability and eat you. If an Elephant comes, quickly run away and hide, and hopefully, it will not see you. If you are in a hiding hole, you may not want to risk tail-biting elephants, as they can turn around quickly and use their trunk ability. 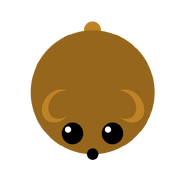 Bears near a Mouse

Bear near a Hill and Stingray in the Ocean. 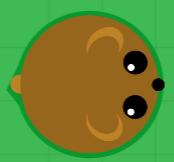 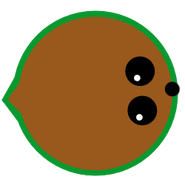 A Panda about to upgrade into a Tier 11.

A Panda near a whirlpool.
Add a photo to this gallery

Retrieved from "https://mopeio.fandom.com/wiki/Bear?oldid=79465"
Community content is available under CC-BY-SA unless otherwise noted.