UPGRADED to Arctic Hare!
Press W to burrow a hole and hide in!

Not to be confused with the Rabbit, a Land animal is identical to the Arctic Hare in many aspects except for biomes.

The Arctic Hare is the second Arctic animal in Mope.io, and is the equivalent of the Rabbit, Trout and Desert Chipmunk.

It looks identical to its Land counterpart, the Rabbit, except it has a white body rather than light brown. The Arctic Hare's tail is also a brighter white, fur tufts are less noticeable and the insides of its ears are pink, outlined with white fur.

Use your size to your advantage. Go through hills to evade predators, but, it is usually not needed since no one will want to chase a tier 2 animal, as it will only give around 30 xp. However, just be sure to run away if you see a predator racing towards you.

Levelling up is easy and efficient, through eating Lemmings. They move in a disorentated way, and are easy to quickly consume when not on ice. If on ice, push the lemming away from it, then eat it as quickly as you can. You can also water Mushrooms by pressing S, thus creating Berries, which also can quickly level you up.

Whatever you do, don't go in in a lake, because Penguins and Seals are fast in it and have a longer dive time than you. Even if the coast is clear from them, the Red mushrooms there require a lot of water to make into berries, and water would be better used on regular mushrooms.

In the even that you're being chased by a predator, try eating a Lemming in order to level up, as you can run and chase the Lemming spontaneously. If that does not apply, create a hole and hide in it until the predator leaves.

An Arctic hare and a Snow Leopard near a Mushroom Bush. 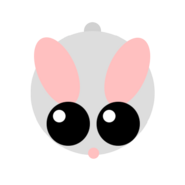 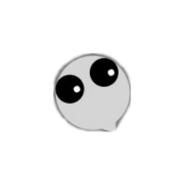 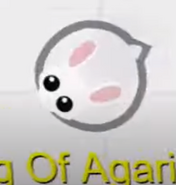 The possibly scrapped Arctic Hare.
Add a photo to this gallery

Retrieved from "https://mopeio.fandom.com/wiki/Arctic_Hare?oldid=84759"
Community content is available under CC-BY-SA unless otherwise noted.